Yesterday I walked around the Tidal Basin in Washington DC and found out that the little buttons they hand out as souvenirs every year at the for the National Cherry Blossom Festival aren’t available this year “due to the sequestration.” Why am I not surprised: much like canceling the White House tours, it’s a symbolic jab in the public eye to make us feel some tangible pain and give the impression that the miniscule sequestration cuts have “End of Days” repercussions. Meanwhile the fire hose spray of spending continues.

Oddly, there’s money to be made with this: even if they can’t afford to give free buttons away, I imagine many of the millions of tourists flying in from all over the world would be willing to pay a buck each for them. I know I would.

I checked online, and there’s any number of online services that make custom buttons to your specification, with logo and message of your choice, for 18 cents each in quantities of 10,000 or more.

Just for fun, let’s do the math on the smallest possible bulk order…

WTF am I thinking about?!!! 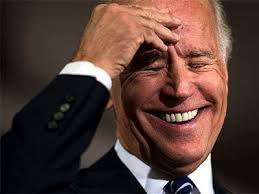 And then there’s that $200 million President Obama promised to Jordan on Friday.

Good grief, we can’t spare a dime! Thank goodness income taxes are due in a few weeks, or we’d never make it…

I mentioned this episode to a friend and he related a similar anecdote from times gone by:

Years ago, we visited DC when the Clintons were moving in. There was another cost-cutting program going on then, too. At the Smithsonian restaurant, they had laid off all but one waitress. The line to get in was hundreds long. One waitress. They were making the public feel the pain.

A little later we were walking around the White House. On one driveway, workmen were taking up the asphalt and hand-cutting stone, in a pattern, all the way up the driveway. This was at the exact moment the one waitress was working. Last time I was in DC, last summer, I walked over to see if the stone driveway was still there. It had been paved over.

Unlike cherry blossoms, political grandstanding never goes out of season in Washington.

And the cherry blossoms? They’re a little late this year, but they’re coming around…

H/T to Drudge for VP Biden’s photo and the links to stories about VP Biden’s hotel bill.

2 Responses to Feel the pain