Changing it up with some local walks

After driving a few hours to the Shenandoah Mountains for a hike 2 weeks ago, it was time to do some local walks for a change. Every walk doesn’t have to be an adventure, after all. 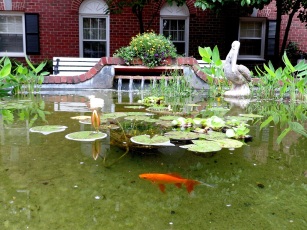 The remains of Tropical Storm Andrea passing through made scheduling a little difficult, so I settled for an easy 5-mile walk along the Alexandria waterfront on June 9, starting from Jones Point Park. Everyone must have been sick of sitting inside out of the rain, because almost 50 people showed up! Walking around Old Town Alexandria often yields some unexpected treasures hidden here and there.

Last weekend was another 5-mile walk along Long Branch Trail, along one of the many stream valleys in the area that affords a nice walk in the forest only minutes away. It’s a tributary of Accotink Creek, which itself flows on into the Potomac at Accotink Bay near Gunston. As so often happens, it was while pre-hiking the route a few days earlier that I saw the most; there’s little time for photos and even less chance of spotting any wildlife when lots of people are along. (Almost 75, as it turned out.) But it’s all good. 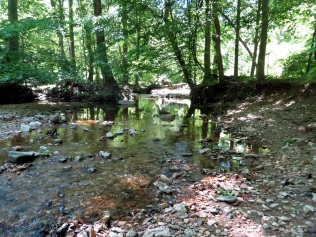 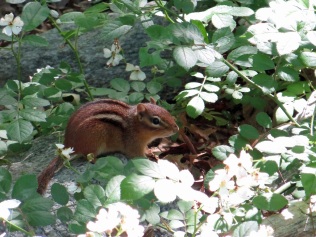 A nice hike scheduled for this weekend, another planned, and a third in the making, and summer has just begun!