Here’s a timely article from the August edition of Token Publishing’s Coin News about the seeming inability of the US to migrate from the dollar bill to the dollar coin:

US CONGRESS has reopened the debate yet again on the future of the much-loved one dollar bill. The Government Accounting Office (GAO) reported last year that the replacement of $1 notes with $1 coins could potentially save $4.4 billion over 30 years. The overall net benefit was due solely to increased “seigniorage” (the difference between the cost of producing currency and their actual face value) and not to reduced production costs as first thought. Seigniorage in effect reduces government borrowing and interest costs, resulting in an overall financial gain for the government. However, for such a replacement to be successful, the $1 coin would have to be widely accepted and used by the general public and currently there is an overall lack of public acceptance of the low denomination coin. It is believed that efforts to increase the circulation and acceptance of the $1 coins [have] failed due in part to the continued circulation of the $1 note. Other countries, including the UK of course, have replaced low denomination notes with coins and the successful transition was due to an actual replacement of the denomination and not an attempt to run the two in tandem. Canada, likewise, phased out their low denomination note for coin and the Canadian Government reported a saving of some C$450 million over five years, so US paper dollar’s days could be numbered.

It is refreshing to see the issue laid out so simply, with examples of other countries’ successful transitions. Why can’t the US do what others have done? The reason cited (and widely advanced here in the US) is that the coin is unpopular with the American public because the dollar bill is still circulating, and the US government won’t remove the dollar bill from circulation because the dollar coin is unpopular. Sounds like an invented chicken-and-egg conundrum, if there ever was one. With a potential savings of $4.4 billion over 30 years in the balance, there has to be something more to it. There is:

Congress is once again considering a plan to eliminate the dollar bill and replace it with a coin.
U.S. Sen. Elizabeth Warren [D-MA] had a one-word answer for that one-dollar question Sunday: “No.”
Folding money is close to the heart of the Berkshires, where Crane & Co. has been making currency paper for the United States for more than a hundred years. The new high-tech $100 bill, printed on paper made in Dalton, finally makes its debut this October.
It’s also about jobs: the currency division alone employs 400 people.
“People don’t want the one-dollar coin … we tried that,” said Warren during a tour of Crane on Monday. “We tried it back in the ’70s and there’s a vault of one-dollar coins nobody wants.”

Ah, it’s about saving jobs, is it? Let’s see: considering the $4.4 billion saving over 30 years the GAO cited, that’s $3.67 million per employee, annually! Those must be some pretty highly skilled employees! As far as the 1970s dollars Warren cites, they didn’t circulate well because they were either too big and heavy (Eisenhower dollars) or were confusingly quarter-sized (Susan B. Anthony dollars). Just like today’s dollar coins, both suffered from continued circulation of dollar bills. With dollar bills still in circulation, any design was doomed to failure.

After 40 years of trying and several different designs, it becomes apparent that the problem does not lie with the dollar coin, but with the inability to stop production of the dollar bill. The iBerkshires article puts us onto the trail of the real reasons for that: 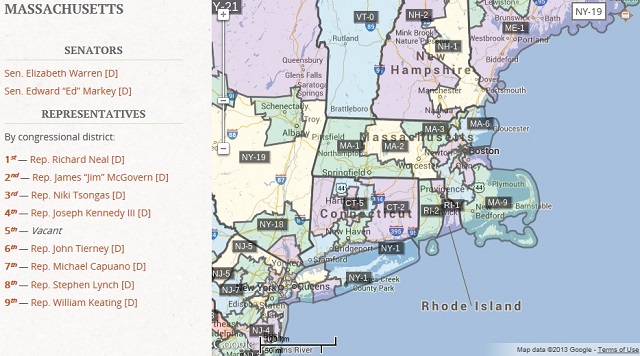 I wish I could be as optimistic as Coin News in saying that the US paper dollar’s days are numbered, but as evidenced by Senator Warren’s simple “No,” there doesn’t seem to be any end in sight.

2 Responses to Resistance to Change