Whenever a Federal holiday comes around, yielding a three-day weekend, I usually feel compelled to fill up with hikes. Maybe this compulsion comes from something I was discussing with a friend not so very long ago, about the lost wonder of childhood.

At some point, we all seem to lose the wonder of childhood; that is to say, the excitement of seeing everything for he first time. While I’m no expert on anatomy, I think it’s just a  fact of life, based on the physical limitations of our eyesight. Of the two types of photoreceptors in our eyes, cones and rods, we get our detailed, central and color information from the cone types, and the night and peripheral information from the rod types.* There are only so many photoreceptors in our eyes, leaving blank spots, and our brains helpfully fill in the blank spots with what we expect to see, based upon previous information. But as children, our brains often have no information with which to fill in the blanks; hence the wonder, which we simply cannot recapture, as much as we would like.

But I digress. Let’s return to the subject at hand, last week’s hikes.

Saturday we went to a location I’ve been wanting to do for some time, Conway Robinson State Forest. It’s an easy, pleasant hike through a mix of old oak and new pine forest, about 3 miles long on the Blue Trail, and only takes about an hour. 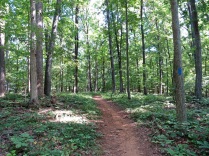 While lots of fun by itself, Conway Robinson Forest is a bit of a drive for most folks in the DC area, so it needs a linked hike nearby to provide a little extra distance and variety, and the lacking amenities like drinking fountains and restrooms. Nearby Brawner Farm on the Manassas National Battlefield provides the extra mile or two, plus the added fun of a ranger-led tour describing the intense fighting around the Brawner Farmhouse on September 29, 1862, during the American Civil War. Because Saturday was part of the 152nd anniversary of the Battle of Second Manassas, reenactors were on hand to provide artillery and infantry living history demonstrations. How fun is that?! 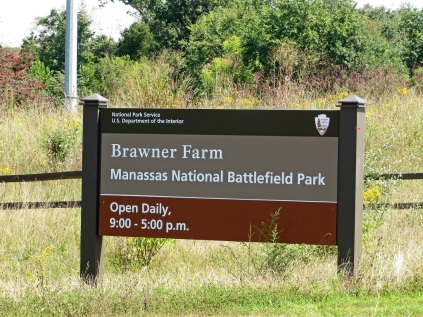 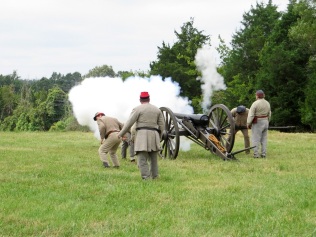 All told, the hike yielded about 4.5 to 5 miles of smiles, and the nearby Winery at Bull Run provided refreshment for those inclined.

Sunday was an opportunity to pump it up a notch with a hike on the Billy Goat Trail, Section A, near Great Falls Tavern Visitor Center in Potomac MD. The hike is not quite 4 miles long, and half of it is just easy walking along the canal towpath. The other half, though, is where it gets its name: the trail surface is very rocky with large boulders and a scramble up a seam in a 40-foot cliff face about halfway along. The views of the Potomac River gorge along the way are your spectacular reward! 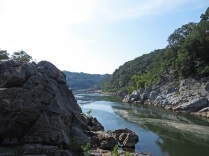 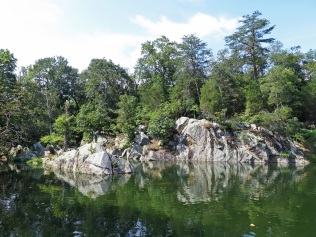 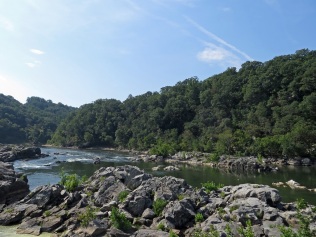 The Billy Goat Trail is a tough act to follow, but Monday’s hike at Scott’s Run was a worthy candidate. It’s just off the I-495 Capital Beltway and features the nearest waterfall to Washington DC, a slice of the Potomac Heritage Trail, and a beautiful view of the Potomac from a point of rocks high over the river. It’s a small park, so any more than about 2.5 miles of hiking requires a lot of doubling back and repetition. Unfortunately, it’s all too well-known and parking is limited, so it helps to arrive early with your fingers crossed. 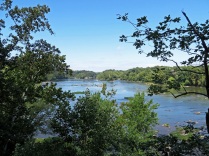 All told, only about 12 to 13 miles of hiking over the weekend, but maybe enough to at least whet, if not satisfy, the thirst for some of the lost wonder we’re are all in search of.