Blue skies and the perils of hiking backwards

We closed out last year with a visit to National Harbor, Maryland, a 6-mile hike across Wilson Bridge and back from Jones Point Park in Virginia. The sunny skies’ brilliant blue, reflected in the glassy calm of the Potomac River, made for a picturesque hike. Only two weeks later, and about twenty degrees colder, we returned to Jones Point Park and saw quite a different picture when walking along the Old Town Alexandria waterfront. The Potomac River was still pretty calm all right, but it was also a sheet of ice in many places. 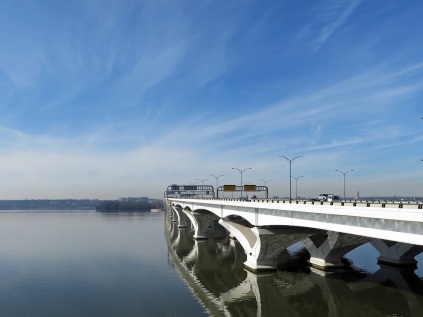 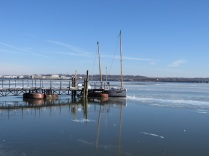 In between the two, on New Year’s Day, we visited Sky Meadows, which certainly lived up to its name. The Appalachian Trail runs through the park, and leads through several hilltop meadows that yield beautiful views and big blue skies. 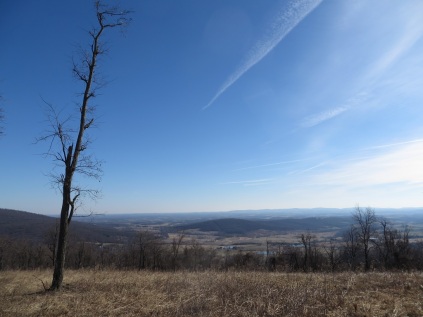 This past Sunday we went for a winter hike clockwise around Georgetown, covering stretches of the C&O Canal, Foundry Branch, and Archbold and Whitehaven Parkways along the way. Only a week or so ago I reconnoitered the last three areas (Foundry, Archbold and Whitehaven), except I was hiking the route counterclockwise. Hiking the other direction on Sunday’s hike, I took a fork in Whitehaven Parkway that I hadn’t even noticed on my earlier visit and found myself unceremoniously dumped into an alley off W Street! After a few turns through side streets we were back on the planned route again, but it’s a reminder that reconnoitering a hike in one direction, and then doing it with a group backwards in the other is a Bad Idea. 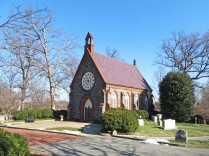 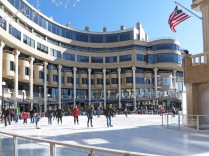 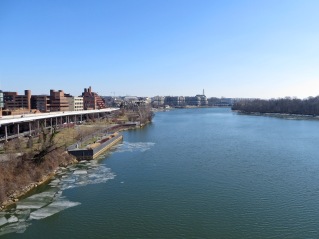 On the plus side, temporarily straying off course led us to a nice mural on a set of steps along W Place NW at Tunlaw Road NW. The mural is dedicated to Charles C. Glover, the prominent Washington banker who was instrumental in the construction of the National Cathedral, Rock Creek Park, and the National Zoo. (If you want to see an eye opener, take a look at the steps before the mural was painted. Area beautification continues…) Carlton Fletcher wrote an interesting bio of Glover, and his role in assaulting members of Congress and changing the Washington DC landscape, as well as a companion bio of Anne Archbold, who donated some of the land that comprises today’s Glover-Archbold Park.

3 Responses to Blue skies and the perils of hiking backwards