A hike I’m cooking up to be scheduled sometime during the next few weeks will be a twofer, visiting the sites of two historic plantations in southern Maryland: Mount Aventine and Habre de Venture. The two plantations are preserved today at Chapman State Park and Thomas Stone Historic Site, respectively. The two are pleasant enough during late summer as these photos illustrate, but should make a wonderful outing when the fall leaves arrive!

Mount Aventine was purchased in 1751 by Nathaniel Chapman, a wealthy Virginia planter, and was conveniently situated to the residences of George Mason and George Washington, close friends of the Chapman family, just across the Potomac River. In addition to maintaining a large plantation, the Chapman family ran a ferry landing and wharf that eventually serviced steamboats traveling between Alexandria, Annapolis, Baltimore, and Washington, and a fishery at Chapman’s Point that was one of the largest in the area at the time. The main house is a 19th century Greek Revival-influenced brick house started during the 1840s, and enlarged about 1860 to its present appearance. The Chapman family owned the property until the early 1900s, when it changed hands several times until acquired by the state of Maryland in 1998. 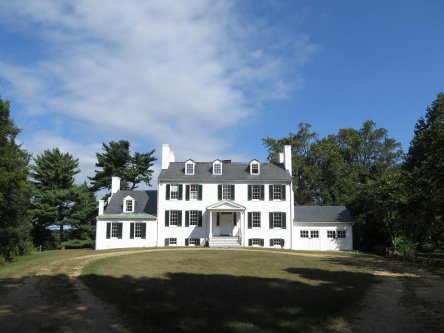 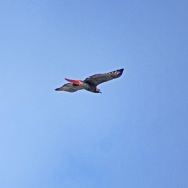 Today, Chapman State Park has a nice network of trails, and an easy 3-mile hike will take you past many of the remaining plantation features.

Habre de Venture was the home of Thomas Stone, one of the signers of the Declaration of Independence. He purchased the plantation in 1770, when the soil was already largely depleted due to the cultivation of tobacco, and the plantation only provided subsistence for its inhabitants. The main house is an irregular, 5-part Maryland manor that was built over several stages to accommodate the extended Stone family. Stone practiced law, was a member of the Continental Congress, helped form the provisional government of Maryland, and served in the Maryland State Senate. Stone’s wife Margaret contracted smallpox from an unsuccessful inoculation, and although she was successfully treated with mercury, the resultant mercury poisoning caused her lingering death in 1787. Stone retired from public life to care for her and died only 4 months after her death. Both are buried at Habre de Venture. 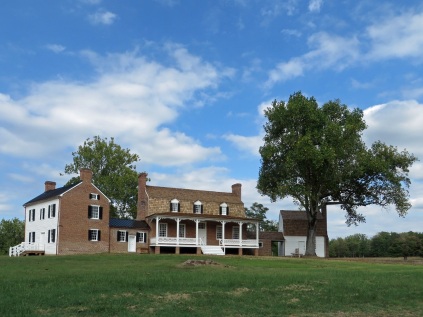 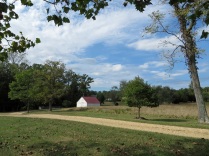 Habre de Venture has recently undergone significant restoration, and an easy 2-mile hike covers the grounds. Given that the site is rather isolated, ranger tours of the manor can be had on an impromptu basis and are very interesting.