Quite some time ago I met a visitor from Hawaii during a few walks around the DC area and invited me to visit Hawaii to do some hiking with a group on Oahu, the Hiking Oahu Trailblazers (H.O.T.). Last week I finally took the opportunity to visit and accompany them on two hikes. Because of my compressed schedule, my host took me on two additional hikes, for over 20 miles of hiking in five days!

I selected Kaneohe Bay, on the windward side of Oahu, as my home base. The Marine Corps Air Station there has nice beach cabanas that are inexpensive and convenient, if you have a military ID card and don’t mind shared bathrooms and crossing an active runway to get to them. In fact, seeing the P-3 Orion antisubmarine/maritime surveillance aircraft taking off and landing serves as a reminder that Hawaii isn’t just about resorts and recreation. The windward side of Oahu tends to be quieter than the leeward side, with lush landscape and secluded beaches. Bed & Breakfast places, rather than highrise hotels, are the order of the day. 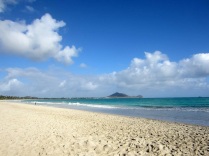 Although short (2.5 miles), the O’lomana Trail is one of the top hikes on Oahu, so it was the first hike on the schedule. The hike features a challenging 1,000-foot ascent; narrow, “sketchy” trails with rope-assisted rock climbs; and breathtaking views from the top of the first peak. Two other peaks loom slightly below to the south, but the views are not quite as spectacular and the trails are even more narrow and difficult, so there was no reason to get carried away… 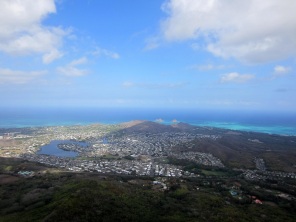 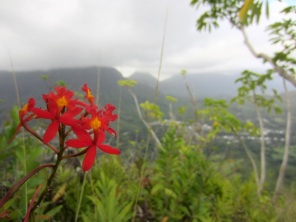 After the hike we drove inland along Highway 61 to nearby Nu’uanu Pali Lookout, which offers spectacular views of the windward side of the island. Returning to the windward coast, we stopped at the Kailua Beach Park before visiting the Farmer’s Market in Kailua Town Center to find some dinner. Every Thursday from 5 to 7 pm there’s an amazing assortment of locally grown and prepared foods, served up to eat along the street.

After some morning kayaking at Hickam Harbor Beach, Day 2’s hike was Manoa Falls, an easy hike through the jungle. The parking area was closed due to a TV show filming, so we started from the residential area downhill along Manoa Road, making for a 2.6-mile round trip hike. This is a popular trail, so even though it was a weekday we encountered several hikers. I imagine during a weekend the trail would be packed. Waihi Stream and the falls were very low due to a recent lack of rain, but this had the side effect of making the normally muddy trail fairly dry. 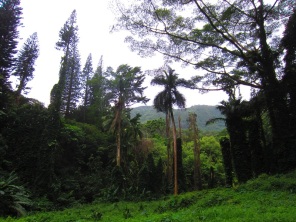 At this point, my gracious host said goodbye to attend to previous obligations and prepare for work over the next few days (ugh!). Rather than taking one of the highways back to the windward side of the island, I decided to drive home along the shore past Diamond Head to visit Maunalua Bay Beach Park and Lanai Lookout at sunset, continuing after nightfall to Kaneohe Bay.

On Day 3, I joined H.O.T. for a 3.2-mile hike along the Maunawili Falls Trail. It’s a popular trail that follows the Maunawili Stream valley through lush jungle, crossing the stream several times. Our group got an early start to avoid the rush, and a few adventurous hikers took advantage of the pool at Maunawili Falls for a swim, jumping from rocks up to 30 feet over the water. 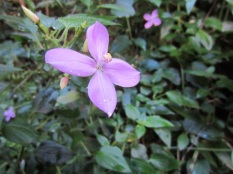 The historic district is a must-see, but daytime Honolulu traffic and the lack of parking can be perplexing. I chose to visit during the evening after the Maunawili Hike so that neither of these would be much of an issue, and the Christmas decorations and festivities (lights, kettle corn, kid’s rides, etc.) made for a nice holiday atmosphere. Starting from around Bethel Street, it’s about a 2.5-mile round trip to walk counter-clockwise around the historic district, passing Aloha Tower, the Falls of Clyde, Iolani Palace, King Kamehameha V – Judiciary History Center, Kawaiahao Church, Honolulu Hale, Washington Place, and St. Andrews Cathedral. 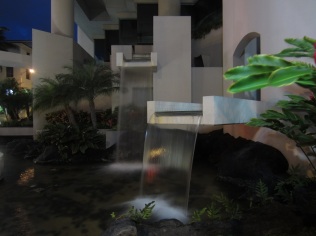 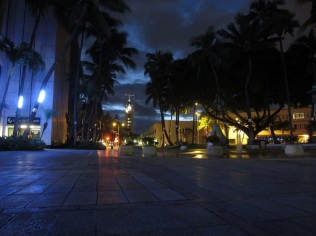 On Day 4, I rejoined H.O.T. for a hike along the Kealia Trail. This trail offers an opportunity to sample the wilderness along the north shore of Oahu, almost an hour’s drive each way from Kaneohe Bay. Starting from Dillingham Airfield and going inland uphill along nineteen switchbacks, it’s 9.25 miles round trip; about 3 hours of thirsty work, with beautiful views of the north shore during the 1,000-foot ascent, and Makua Valley to the southwest at the turnaround point.

The last day of my visit was spent visiting Ford Island and the Utah and Arizona Memorials before the long flight home. The Arizona Memorial is free and the 75-minute trip to the memorial includes an excellent film describing the Japanese attack on Pearl Harbor. The wreck of the USS Utah, resting silently on its side along the windswept shore of Ford Island, tells its story with no need for pictures or words. Once again, these are poignant reminders that Hawaii isn’t just about resorts and recreation. 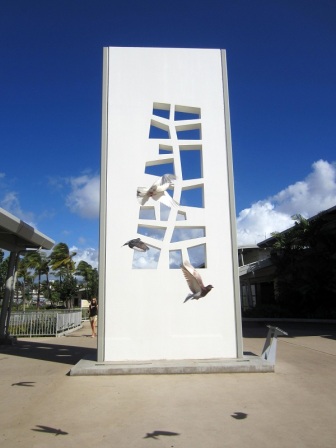 Mahalo nui loa to my host and to Justin Stevens and H.O.T. for their wonderful hospitality!

(NB: Here is a Google map showing the locations discussed.)