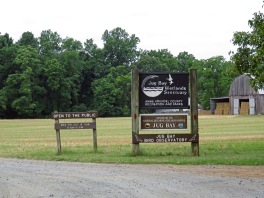 On Wednesday I drove out to Jug Bay Wetlands Sanctuary to take a look around for a hike we’re doing this coming Saturday. Jug Bay is due east of Washington DC and very close, only 12 miles from the I-495 Capital Beltway, but you would think you were far out in the country. The bumpy gravel road (Blue Shirt Road) leading into the sanctuary is barely one lane wide.


The first stop on the hike is an overlook and a boardwalk located just next to the outdoor classroom and its obligatory propaganda placards. Both the overlook and the boardwalk give you a nice view of the first of several osprey nests you can see during the hike, all occupied.

After that it’s off through the woods along the Otter Trail to the Railroad Bed Trail, where a walk out to the River Pier and back rewards you with a nice view of the Patuxent River and Mount Calvert, a tobacco plantation just across the river that was in operation from around 1780 until 1860. Along the way there are two other osprey nests and a side boardwalk leading off into the marsh that doesn’t offer any views, but does afford a look at some of the many plants. 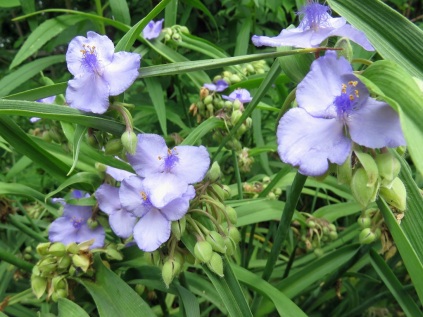 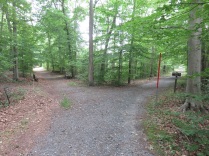 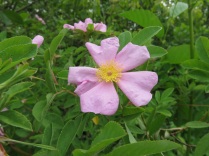 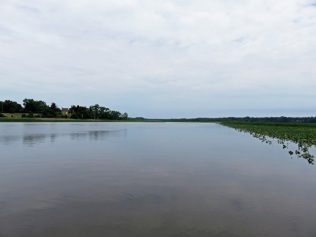 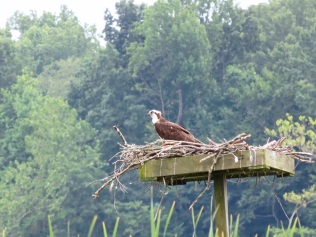 Continuing along Otter and Two Run Trails takes you south to Otter Point and back north towards the Railroad Bed Trail, passing the Beaver Pond overlook along the way. For a short hike you could continue north along Two Run Trail and the Utility Road back to the Wetlands Center, but for a full 5-mile hike, it’s time to do the Red Loop, east and south onto the Farm and Pindell Bluff Trails. The River Farm is one of the few open fields along the hike route, and the field is surrounded by a very high electric fence that suggests a lot of deer live in the area. No deer to be seen, but there were more than a few tree swallows! 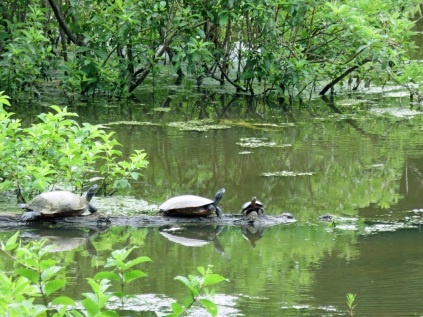 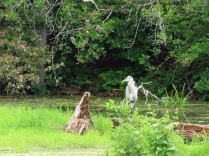 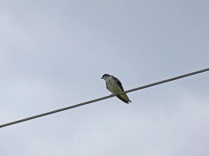 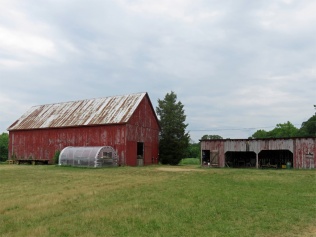 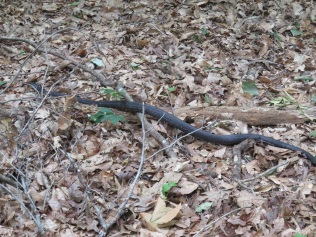 After the River Farm, the Pindell Bluff Trail meanders south through the woods along the shoreline, affording me occasional glimpses of Jug Bay and an encounter with a disinterested black rat snake, before turning northeast up Pindell Branch to the intersection of the River Farm Road and the Railroad Bed trail. The Railroad Bed Trail leads northwest past Mark’s Pond back to the Two Run Trail, which leads north to the Utility Road and back to the starting point at the Wetlands Center.

All told, the hike is a little over 5 miles, and it took me about 3 hours, mostly because I was dawdling around taking photos and enjoying the day. This would probably be an extremely sultry hike a little later in the year, but for the late spring/early summer, it’s perfect!