The Young Victoria Collection – Best in Category for 2017

The only improvement made to the collection since last year’s competition was the addition of a Choice Uncirculated 1854 sovereign, replacing an Almost Uncirculated example. 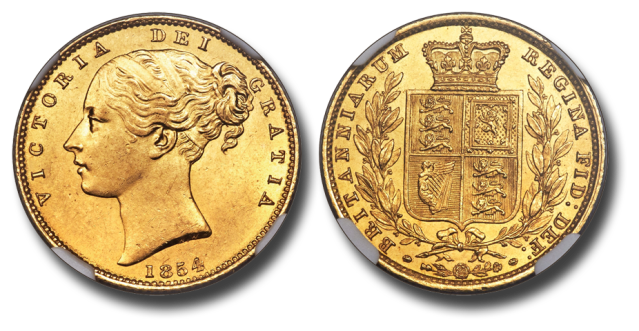 This increased the number of mint state (MS-61 or better) examples from nineteen to twenty, and twelve of those twenty are in Choice to Gem condition (MS 64 to MS 66).

Despite this improvement, the overall point score NGC awarded the collection actually decreased by 13,293 from last year! This initially had me scratching my head until I noticed that NGC has now designated four key dates/variants as “Non-competitive; for display only,” and examples of these key dates/variants no longer contribute points to a collection’s overall score. NGC gave no explanation for this change.3

The Young Victoria Collection in its entirety can be seen here.